BarCamp NewsInnovation is this Saturday at Temple. If you care about journalism in Philly, you should be there. Here’s why: 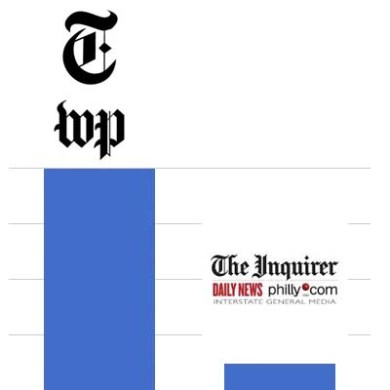 Technically Philly, the Center for Public Information Journalism and Temple’s Journalism department have turned BarCamp into a national event. But for some reason it’s proven hard to draw more than a handful of journalists from Philly’s largest media organization.

Without fail, there are more than double as many people from the New York Times and Washington Post than there are from the Inquirer, Daily News and Philly.com.*

What does it say to those that make a two- or three-hour trip up or down from Washington or New York to see so few journalists from the city’s major news organization?

The future of Interstate General Media won’t be decided at BarCamp.** But imagine how much better that future could be if a large group came to both listen and share and then bring those ideas back to their newsrooms.

Philly.com is sponsoring the breakfast on Saturday (which is great), but having Inquirer/Daily News/Philly.com folks there to eat it would be even better.***

So, a challenge to the editors of all three organizations: Push your staffs to come and let them expense the $10 entry.

*Shout out to those like Chris Brennan, Jane Von Bergen and Dave Merrell who make it almost every year.

***Going to your kids’ baseball/softball/soccer/track meet is a TOTALLY acceptable excuse. I’ll be using it myself five years from now.

If your reason for not coming to BarCamp is that you’re sick of hearing journalists blather on about what’s needed to “save journalism,” you’re not alone. (And you probably already stopped reading.)

There will be a lot of smart ideas kicked around on Saturday, but the future of the business won’t be decided at BarCamp. But arming yourself with knowledge from such a large group of dedicated, passionate people and then bringing that back to share with your larger organization can only help figure it out.

While there’s a series of planned events this year, BarCamp is meant to be an “unconference.”

There are nine pre-planned sessions, but room for 21 more. Arrive early, post your idea to the board and host your own session.

(I’m presenting at 11 a.m. You should come. Unless something else sounds more interesting. That’s cool.)

Google Forms are magic. Amanda Zamora is the David Copperfield of Google Forms. 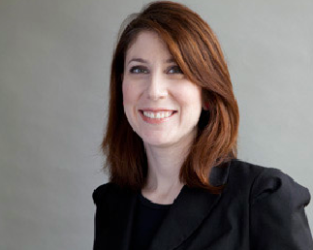 Before Social Media Weekend last year in New York, I had no idea what a Google Form was. But after hearing from Zamora and ProPublica colleague Blair Hickman, I’ve used them constantly (both to collect story ideas and for my Temple class.)

Zamora is giving this year’s keynote to share some of ProPublica’s work, much of which is built upon real engagement with its audience.

Former Daily News colleagues can attest to my overuse of the word “engagement” as a buzzword. But Zamora will show you what it means in action and how you can use it to find, tell and share important stories.

You can’t plan the future of news on an empty stomach and argue about it without a drink.

Free breakfast (care of Philly.com), free lunch and a drink at the end of the day at the Draught Horse (both care of the Center for Public Information Journalism) to keep the conversation going.

It’s $10. Come for a couple hours. Spend the entire day. Or, let the Times and Post win again. Your choice.

3 takeaways from BarCamp 2014: Open your mind and move forward »
« Let’s hijack the article machine…and turn it into an ATM